He has tried more than 50 cases to verdict.  He has argued appeals in the Fourth Circuit, South Carolina Supreme Court, and South Carolina Court of Appeals.  Mr. Templeton has more than 100 reported decisions from trial courts and appellate courts in state and federal court.

Mr. Templeton has served as a faculty member of the South Carolina Defense Trial Attorneys’ Trial Academy and the International Association of Defense Counsel Trial Academy at Stanford Law School.

Prior to his work at Wall Templeton, Mr. Templeton served as an intern to the Honorable P. Michael Duffy, United States District Judge and also was a Special Assistant to the US Attorney for the Southern District of Mississippi.

He is an “AV Preeminent” rated attorney by Martindale-Hubbell, has been listed in The Best Lawyers in America© since 2011, including Best Lawyers’ 2014, 2016, 2017, and 2023 Charleston, SC Insurance Law “Lawyer of the Year,” and has been named a South Carolina Super Lawyer since 2012.  Mr. Templeton is also a member of the American Board of Trial Advocates (ABOTA). 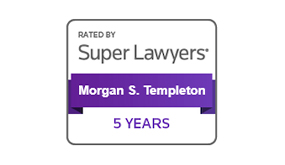 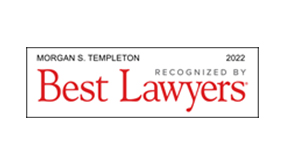